In October 1987, the ICES Council endorsed the conclusion of its Consultative Committee that annual publication of Annales Biologiques was no longer feasible. This publication gave an annual status of the physical and biological status in the different ICES areas. The Consultative Committee recommended that the essential purpose of Annales Biologiques might be met by promoting quite different activities within ICES, i.e. promote symposia or theme sessions on “Overviews of the Decade” following the approach of NAFO. It was suggested the first of these decadal overviews, which could be published by ICES in the Cooperative Research Report series, should be held in 1990 or 1991 to cover the decade of the 1980s. This recommendation was accepted by the Council, and at the 76th Statutory Meeting in Bergen the Council gave it substance by recommending that a Symposium on “Hydrobiological Variability in the ICES Area, 1980-1989" should be held in Mariehamn, Finland during June 1991.

The 2nd Decadal Symposium concluded that the decade of the 1990s, which was a most unusual one in the climatic history of the North Atlantic. During the early 1990s, the North Atlantic Oscillation (NAO) evolved to positive values unprecedented in the instrumental record. The latter part of the decade was hardly less spectacular; following a rapid drop to extreme low-index values in the winter of 1996. As varied examples of that response, we note that in the early 1990s, the storm index for the southern Norwegian Sea rose to a 100-year maximum, an extreme freshening visited the two dense overflows, the transport of the eastern overflow slackened by 25%, convection in the Labrador Sea reached unprecedented depths contributing to a full-depth change in the NW Atlantic that is thought to be the largest of the modern oceanographic record, the main Atlantic gyre circulation spun up to a century-long maximum as did the transport of Atlantic water passing through the Faroe-Shetland Channel, and the warmth recorded off the northern Norway rose to a 40-year peak. As might also be expected, the ecosystem of ocean and shelf responded to these changes, as one presentation after another revealed.

The 3rd Decadal Symposium in 2011 provided a comprehensive status report on the North Atlantic Ecosystem and served as a firm basis to proceed with advances in ecosystem approaches to ICES science and advice. The overwhelming observation across all regions of the North Atlantic was a general warming trend. Warming was associated with freshening of seawater in most regions. As the principal drivers of seawater density, changes in temperature and salinity produced distinct changes in ocean circulation patterns such as position of major currents, strength of gyres, and depth of mixed layers. Biological responses to oceanographic changes varied among regions, but common observations were changes in timing of plankton blooms or fish migrations, shifts in latitudinal or depth distributions of fish populations, and a variety of changes in system productivity. One common theme of the third symposium was that system changes were so pronounced in the last decade that some common metrics used to monitor atmospheric or oceanic patterns are no longer tracking the processes as originally intended.

It is a design feature of these Decadal Symposia that the occasion is used to honour individuals who have worked to maintain the time series on which our knowledge and these discussions are based.

Scientists honoured at the Symposia:

The 2nd ICES Decadal Symposium was held at the Royal College of Physicians, Edinburgh, Scotland on August 8-10, 2001. Conveners: Bob Dickson (UK) and Jens Meincke (Germany). The Symposium was highly successful, attracting a full programme of 155 participants, 42 selected talks and 55 posters describing the variability of the plankton, fish, ocean and atmosphere of the ICES area during the 1990s. Papers published in ICES Marine Science Symposia, vol 219, 2003

The 3rd ICES/NAFO Decadal Symposium on the Variability of the North Atlantic and its Marine Ecosystems during 2000–2009 was held in Santander, Spain, May 10-12, 2011. Conveners: Sarah Hughes (UK), Alicia Lavin (Spain), Stephen Dye (UK), Hedinn Valdimarsson (Iceland) and Glenn Nolan (Ireland). The 3rd Decadal Symposium was attended by 116 participants from 12 countries. Five keynote talks and 39 oral presentations, as well as 77 posters, made up the scientific program which was structured in six plenary theme sessions. Papers were published in ICES Journal of Marine Science (2012), Vol 69 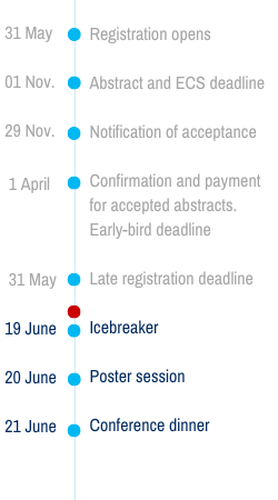